After some strong Southwest winds in the last few days a selection of vagrants have been spotted in Iceland. One of these is the Red Phalarope which can now be seen in many places in Southwest Iceland. 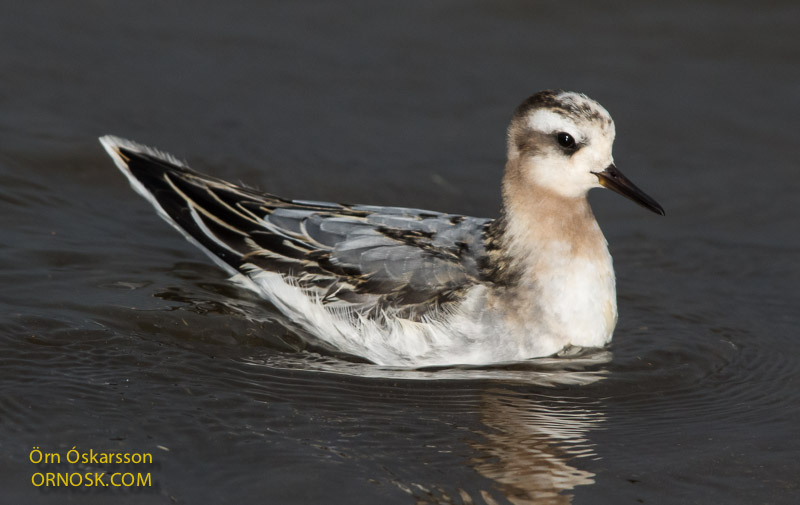 The Red Phalarope breeds in the North, all around the Arctic circle. A few also breed in Iceland. The groups of Red Phalaropes here now are probably coming from their summer grounds in Greenland. They have been blown off course because of the southwesterly winds. Most of these visitors are probably on their way to winter grounds in the Pacific regions South America. 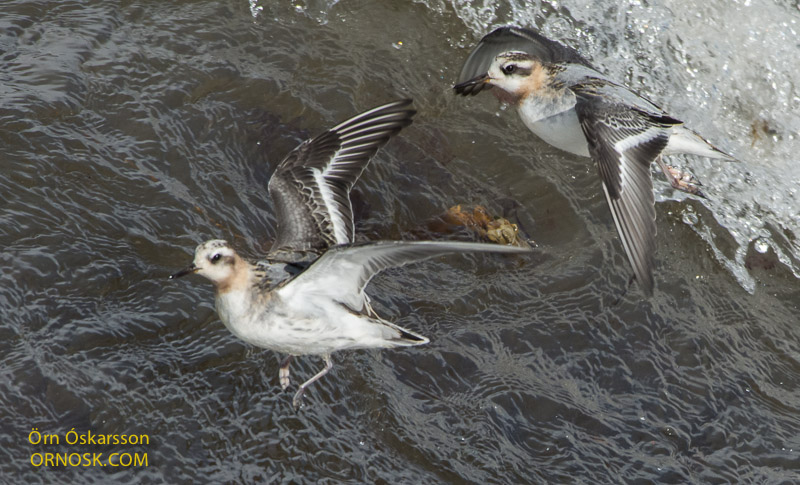 A group of young Red Phalaropes has been on the shore near Eyrarbakki in the last few days.