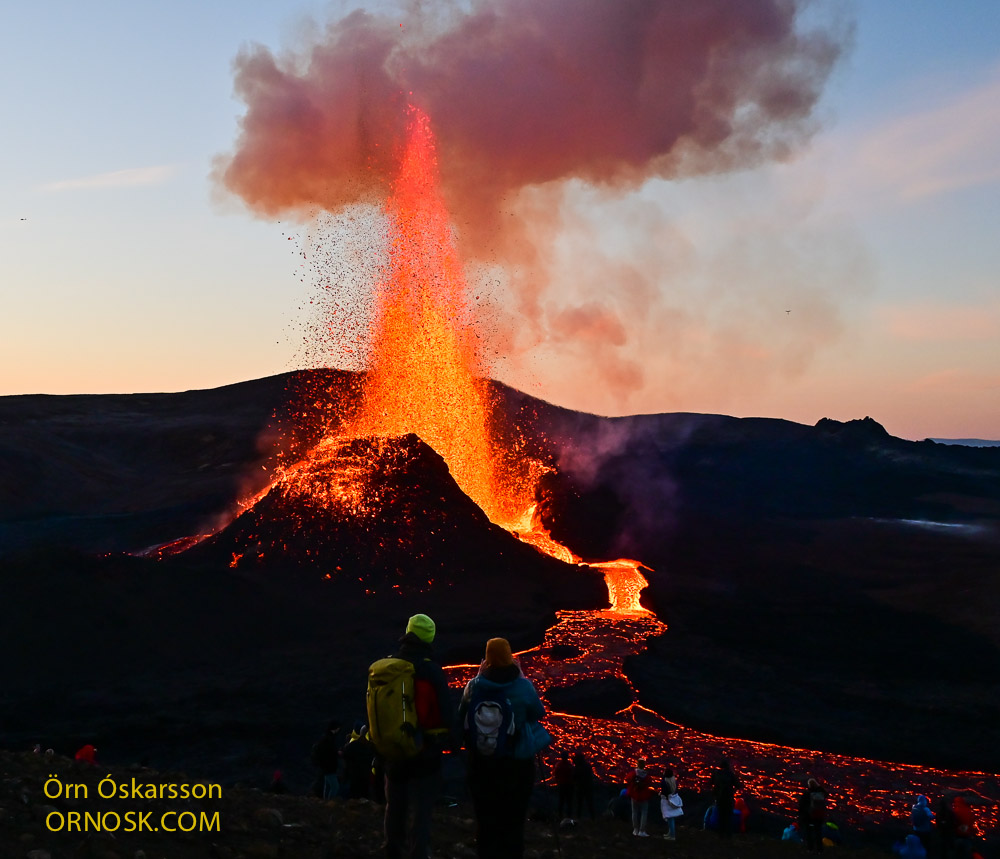 One year has passed since the beginning of the volcanic eruption in Geldingadalir. It started March 19 2021 and lasted six months. The longest eruption in Iceland in the 21st century and in many ways different from what was expected. It started calmly but as the weeks passed it became more energetic, with regular pauses in between. In the end  a lava shield had formed consisting of many layers of lava.

The eruption became well known worldwide and a lot of tourists visited the site of the eruption. Most with the aim of hiking to the sight and experiencing it from a short distance. Dimmuborgir is a lava field just east of Lake Mývatn. It was formed in a huge volcanic eruption in a row of craters about 2300 years ago. Where Dimmuborgir are now the lava flowed over a small lake, boiling the water, leading to the formation of lava pillars, some quite high.  END_OF_DOCUMENT_TOKEN_TO_BE_REPLACED