Snow Buntings are like sparkling snow flakes and observing huge flocks of them in flight is a beautiful sight. They only appear in towns in the coldest of weathers when snow makes it impossible for them to find food.  Sometimes they can be counted in the hundreds. 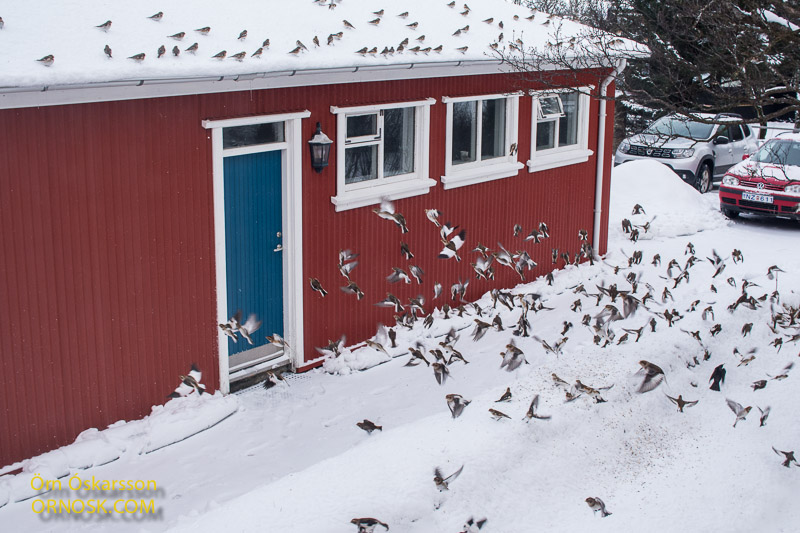 For Icelanders the Snow Bunting, in Icelandic “snjótittlingur” (snjór=snow) is a winter bird. In the summer it is also a symbolic bird, representing the summer time.  Then it is referred to by a different name “Sólskríkja” (sól=sun). Its plumage changes with the seasons, see in summer time: https://ornosk.com/2017/07/28/a-good-year/ 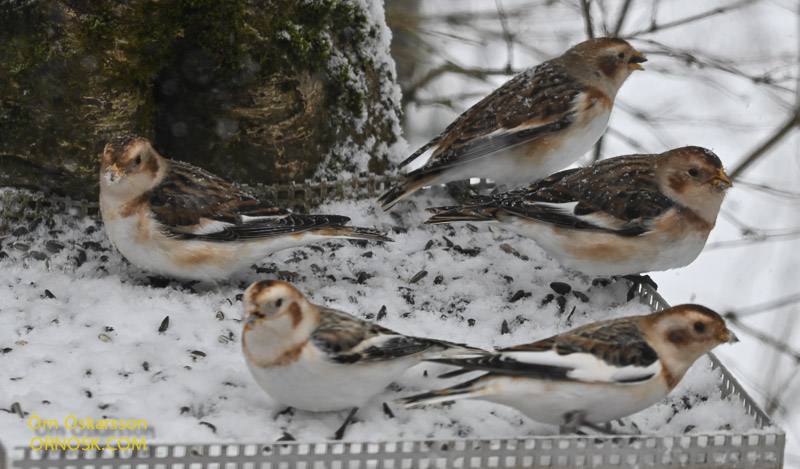 The Snow Bunting is a high Arctic bird that breeds as far as the northernmost regions of Greenland and Canada. It is common in Iceland where it lives the whole year round although in many countries it is a passerine. It used to be a very common breeding bird in the highlands but with rising temperatures the Icelandic stock is decreasing.