This snowy Sunday morning we saw a big bird out on the river and for the second time this week we spot a White-tailed Eagle, – see our last blog. It stayed there for quite a while and when it flew away down the river we decided to go for a drive and see if we could spot it again. 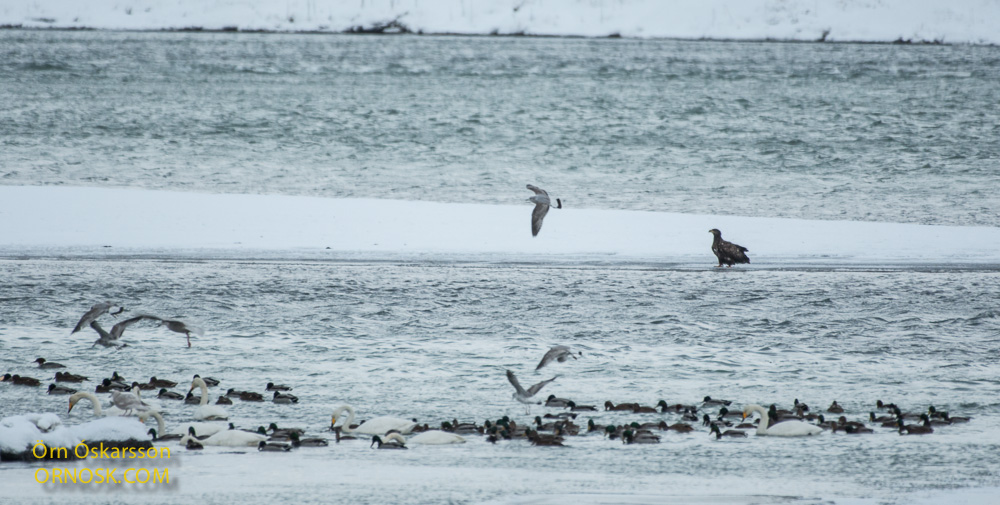 On the outskirts of town we noticed it out on the ice, or so we thought. However, after some consideration we saw it was a younger eagle, the white was missing from the tail feathers. When it took off we saw the other one. 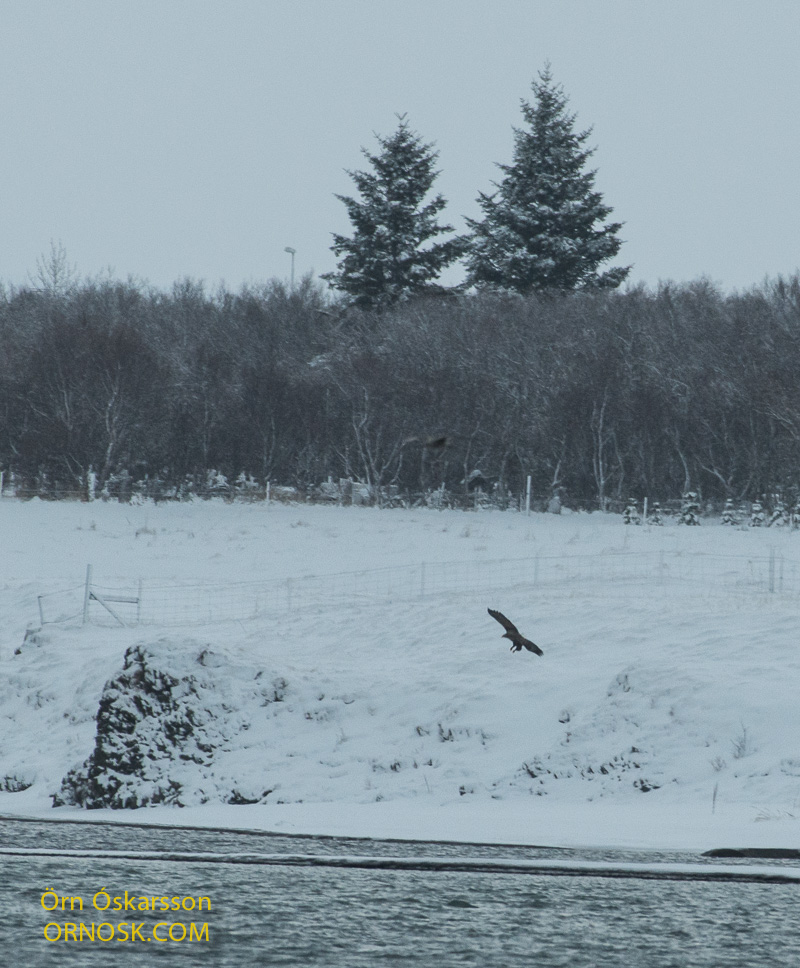 The uproar and commotion they  caused was quite a sight. Panicked ducks and smaller birds took flight in a flash and the two of them were  followed and harassed by flocks of Ravens and Gulls.