A Eurasian Collared-Dove was spotted in Húsavík in the end of May. This is the first time it is recorded in the North of Iceland. And as such has been of interest to birders. In recent years a few Eurasian Collared-Doves have taken up residence in Iceland. A small group has been in Keflavik for several years and this spring they have been seen in e.g. Hafnarfjörður and Hornafjörður. 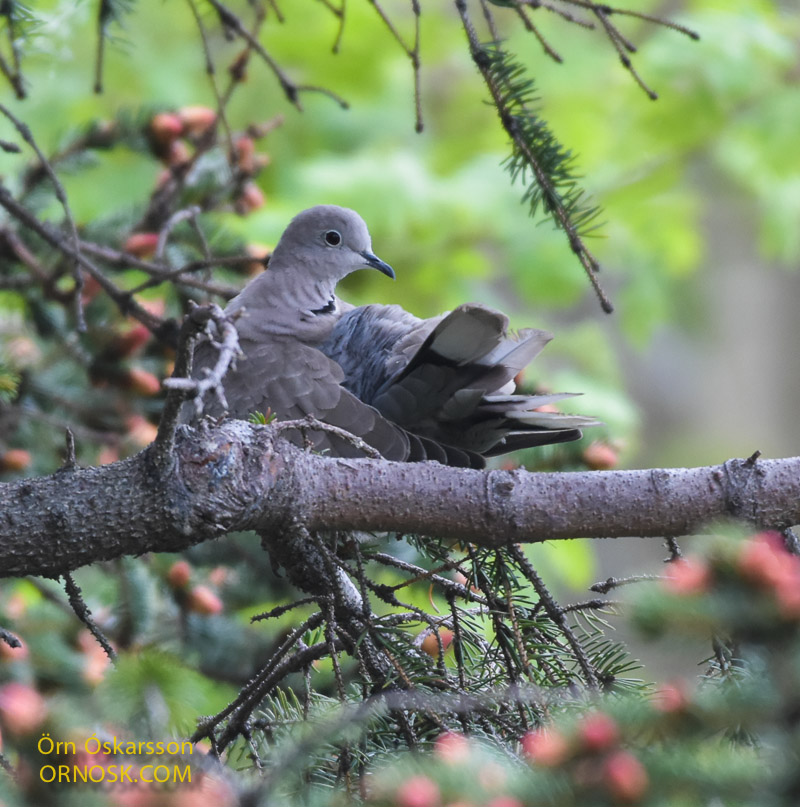 The Eurasian Collared-Dove is a bit smaller than the Rock Pidgeon but its cooing is similar. It is native to Europe and Asia but has been imported to other countries. It is very common all over the world and considered invasive in many countries. It was e.g. imported to the Bahamas  in the 1970s and from there spread to North America where it is now considered invasive.