The Little Egret is a majestic bird although quite small. In its very white plumage it stands out and is easily noticed. From August until the beginning of October this Little Egret was on River Ölfusá by Selfoss town. 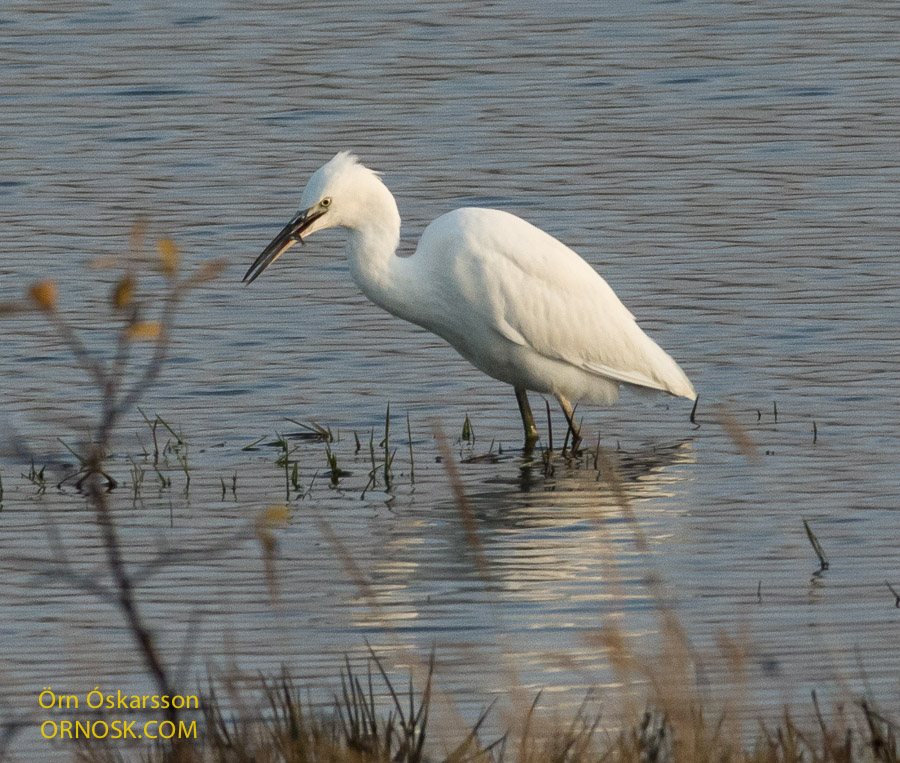 The Little Egret has become an annual vagrant in Iceland in recent years. They used to be quite rare here but with rising temperatures their numbers are on the increases.  Now they are usually seen here both in spring and autumn and some reside through the summer and winter. 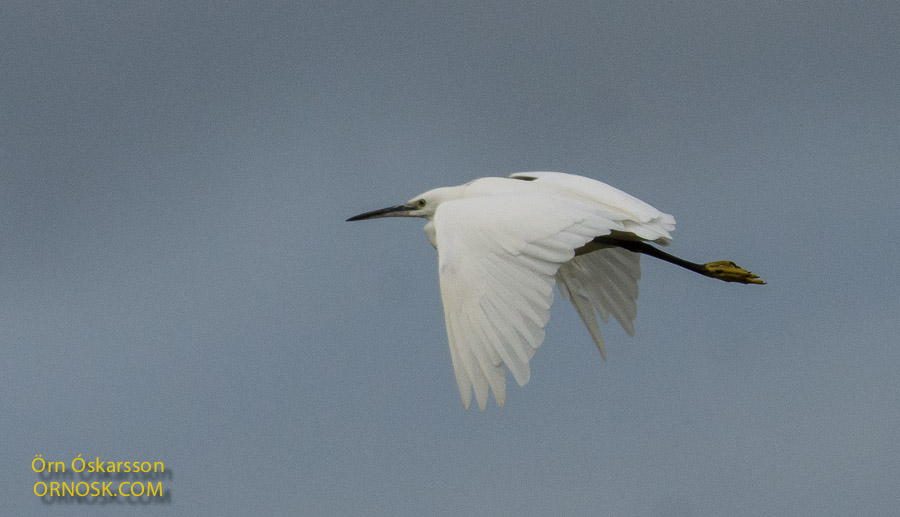 These vagrants probably come from the British Isles. 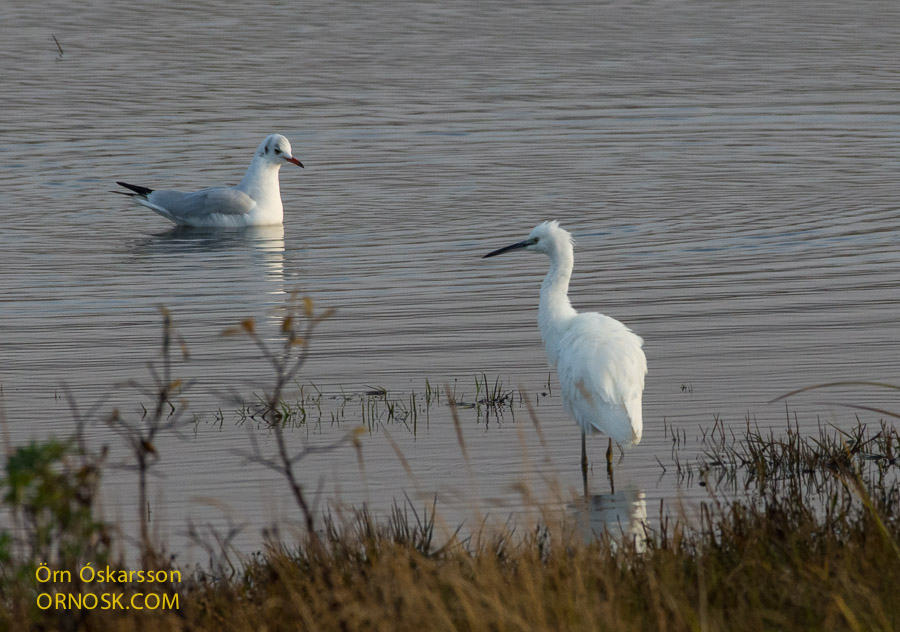 A white heron has been seen in Ölfus, South Iceland, in the last few weeks, – and at last I managed to spot it, a Little Egret. This is most likely the white heron that has been roaming the area.

It is difficult to say whether this bird has been here for the whole of winter or  if it arrived sometime in February or March. Several Little Egrets were seen in Iceland in the autumn of 2016. This could actually be on of them. The Little Egret is a small heron and a great beauty. It has a spectacular white plumage. The legs and bill are black and the feet yellow. The Little Egret (Egretta garzetta) used to be a very rare vagrant in Iceland but  in recent years they have been seen more often. The birds that come to Iceland probably come from Great Britain or Ireland where their numbers have been increasing in the last 20 years. This guy was taking a stroll by the River Ölfusá in October. It is the first Little Egret that I see this year and probably the second bird to be seen in Iceland this year.