One of a great many advantages of forestation is the increase in bird species.  With growing spruce forests the Goldcrest has now spread over most of Iceland and become a native here. Its main habitat is spruce forests as its main food source are aphids that suck sap from spruce trees. Goldcrests are usually non-migratory birds but little is known about their behaviour in Iceland. Some birds stay here the whole winter but whether part of them migrate is not known. 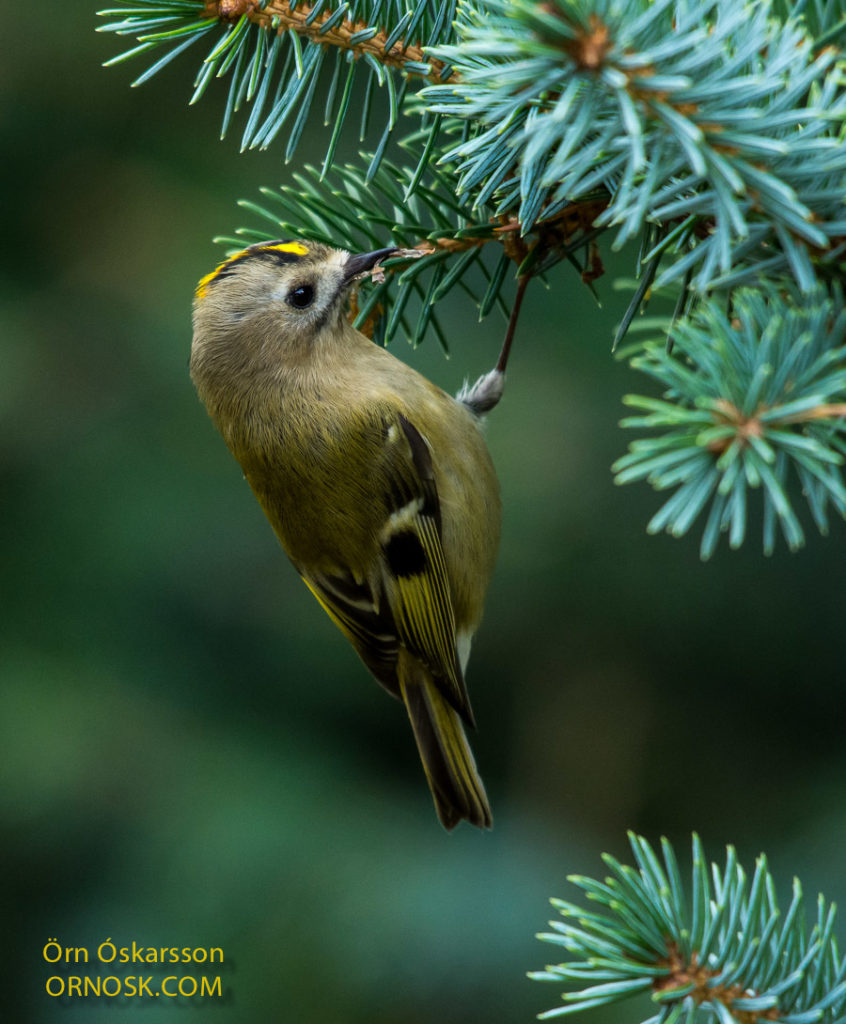 The warm and sunny summer here in the South was very favourable for breeding and a great number of Goldcrests can now be seen in forests in South Iceland. 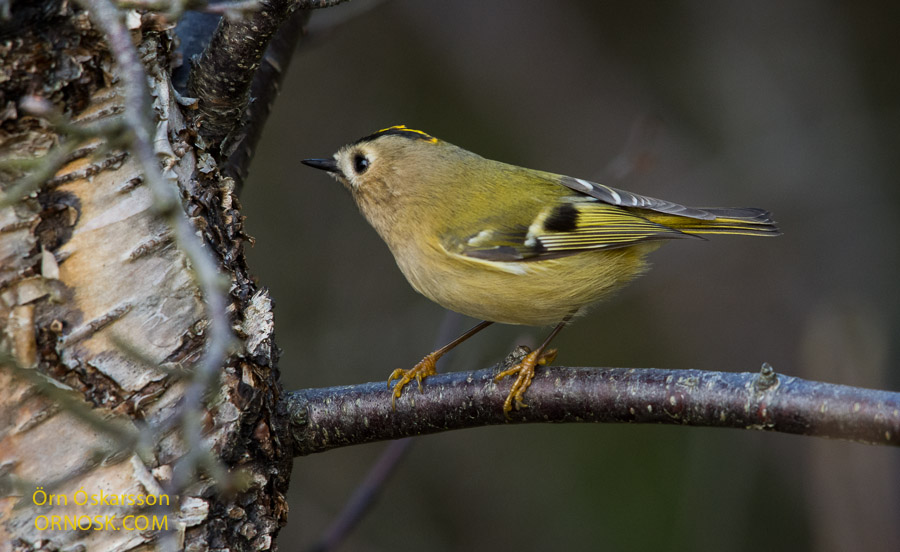 I was thrilled to see that the Goldcrest, one of our new pioneers, has had no problems surviving and multiplying this summer. Adult birds as well as chicks can be seen in the forests in Grímsnes, South Iceland. Despite the cold and wet summer in the South these small and delicate creatures  have managed the breed and the chicks to thrive. Our worries were needless, they are obviously more robust than we thought. A mere bad summer will not affect their life here in the North Atlantic. On my hike in Grímsnes last week I saw Goldcrests in all the woodland areas that I visited and in one place I spotted five chicks that had newly taken flight. The Goldcrest is the smallest bird in Europe, weighing only six grams. It is an immigrant in Iceland and now part of the Icelandic birdlife. Since the first breeding was confirmed in 1996 it has spread over the country and breeds in spruce trees. It is an amazing little creature, – such a beautiful bird. I saw some of them today in Grímsnes, South Iceland. After a warm summer Goldcrests have prospered in Icelandic forests. They mostly keep to spruce trees but can also be spotted in  larch trees, birch and contorta pine groves.

The winter should also be a good one for these little birds that once were vagrants. Their main food source in South Iceland are minute bugs called aphids that suck sap from spruce trees. These aphids are now  reproducing rapidly  on the Sitka spruce (Picea sitchensis).

We spotted at least four Goldcrests last week in Hellisskógur by Selfoss.

The smallest bird in Europe is an immigrant in Iceland and now part of the Icelandic birdlife. Since the first breeding was confirmed in 1996 it has spread over the country and breeds in spruce trees.

Today I saw a Goldcrest in a grove in Hellisskógur in Selfoss. This is the first Goldcrest I spot since December. I was beginning to think they had all died in the blizzards and cold this winter. But here at least is one that endured throughout the winter and I am amazed at its resilience.

This winter has been the toughest in the south of Iceland in 15 years and therefore quite a feat for a small bird like the Goldcrest to survive. The Goldcrest is the smallest bird in Europe, weighing only 5-7 grammes. In 1996 the first known breeding in Iceland was confirmed and since then their numbers have been increasing. The Goldcrest is the smallest bird in Europe, weighing only 5-7 grammes. In 1996 the first known breeding in Iceland was confirmed and since then their numbers have increased. Today they are common breeding birds in spruce forrests.  For two years now they have been breeding  here and in spruce trees in adjoining gardens. We see these tiny little birds with their golden crown almost daily.