A Jack Snipe was spotted two weeks ago in a warm brook in Ölfus where they have before been reported several times in winter. It is an annual visitor in Iceland in the winter time, a smaller version of the Common Snipe, and believed to have bred here although breeding has never been confirmed. 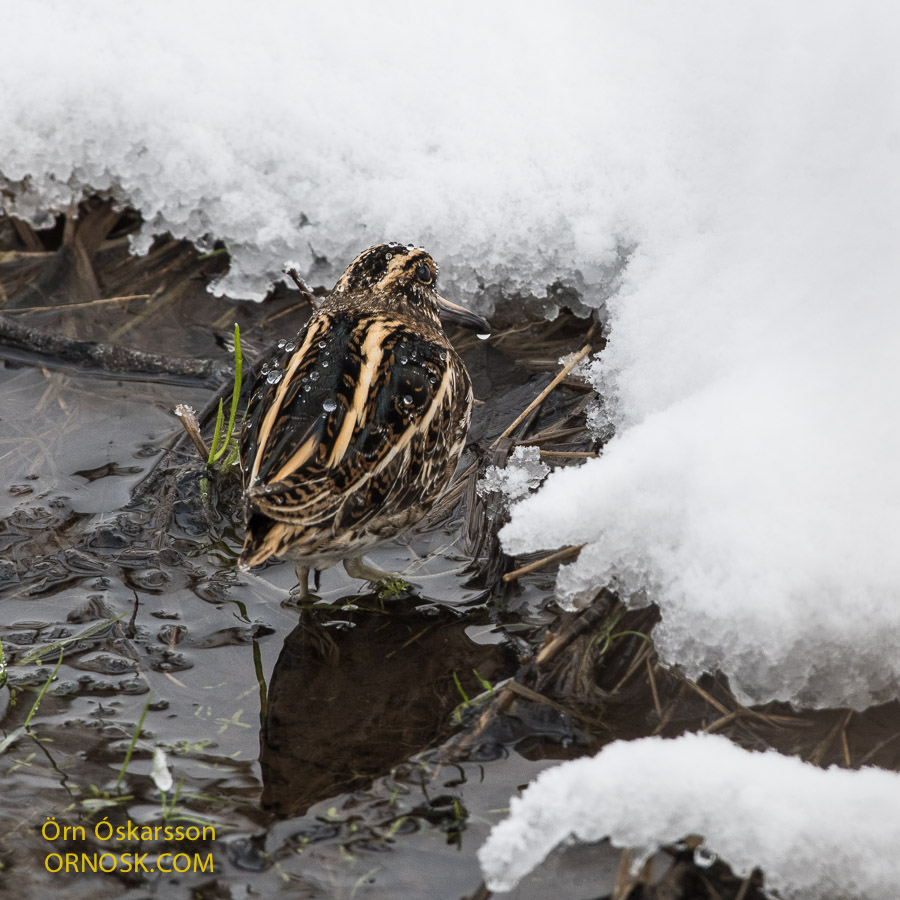 Jack Snipes are difficult to spot on the ground because they sit completely still for long periods. They can be found where the ground is unfrozen, in and near warm streams and brooks.

The Jack Snipe  (Lymnocryptes minimus) is a tiny version of the Common Snipe. It is possibly a rare breeding bird in Iceland but breeding has never been confirmed. It is difficult to see the Jack Snipe on the ground, it sits quite still, then crouches low, before exploding into the air and landing usually only a short distance away.  Jack Snipes are annual visitors in Iceland in the wintertime. They can be found where the ground is unfrozen, in and near warm streams and brooks.

This one was in a warm brook near Selfoss, South Iceland, in the middle of January 2015.