Yesterday we saw a few Barrow’s Goldeneyes on the river by Selfoss, four males and two females. They are annuals here on Ölfusá River. One of the males was quite aggressive towards the others and was on constant look out, pruning himself while he was not chasing the other three away. He was obviously set on keeping the two females for himself.

Iceland is the only breeding place of the Barrow’s Goldeneye in Europe and the distribution has been more or less restricted to Northeast Iceland. It stays in Iceland the whole year round. Part of the population goes to the South during the coldest time of the year. 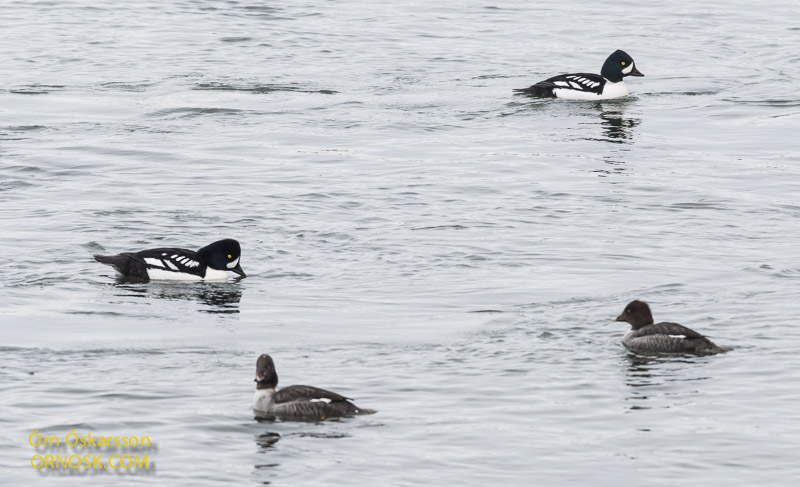 More birds now breed in the South, e.g. in the Southern Highlands, in Lake Þingvallavatn and River Sog. Barrow’s Goldeneye stay in spring water lakes or rivers the whole year round and unlike most non-migrators they do not move to the sea in winter.