A Collared Pratincole was recorded for Iceland for the second time today, Friday, in Garður in Reykjanes Peninsula. This bird is a very rare vagrant that was first seen on a fishing boat southeast of Iceland in June in 1997. So this is actually the first Collared Pratincole seen on land. 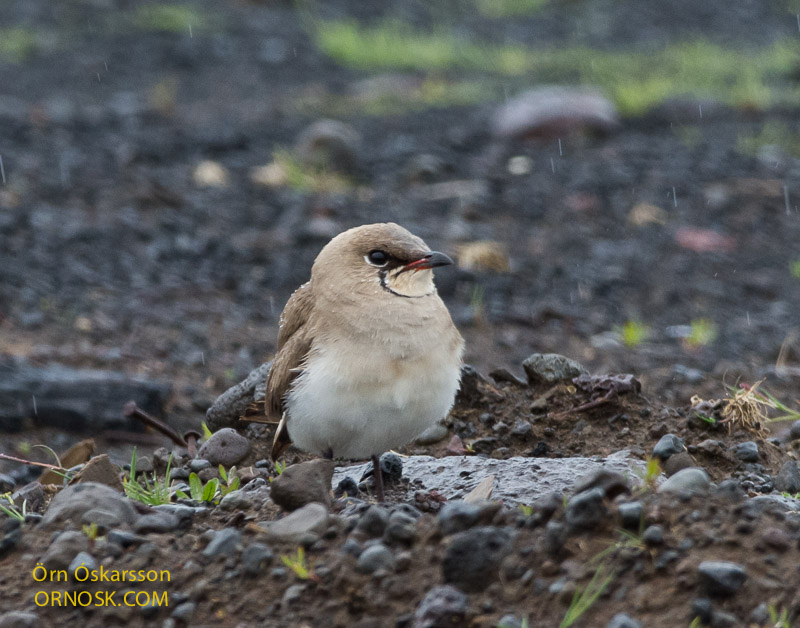 The Collared Pratincole is native to the warmer parts of Europe, Southwest Asia and Africa. Its winter grounds are in tropical Africa. 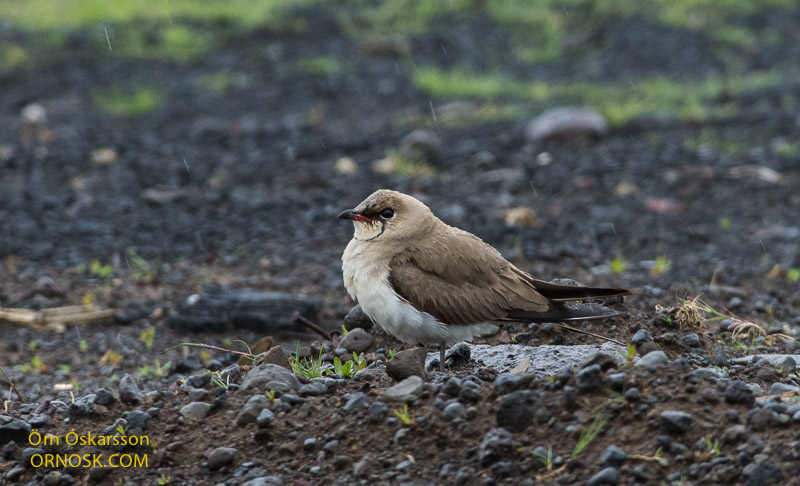 The Collared Pratincole is an agile flyer and its habitat is in open land where it can often be seen floating over dry fields, lush wetlands and muddy coasts. It is often seen near water in the evening where it sweeps back and forth like a big swallow snatching insects although it can also feed on the ground.