This American vagrant was spotted  in the middle of May in the little town of Stokkseyri, on the south coast of Iceland. The Spotted Sandpiper is a migratory bird that resides in South America during winter and migrates to North America to breed in the spring. This one got blown of course and ended up here in the North Atlantic. 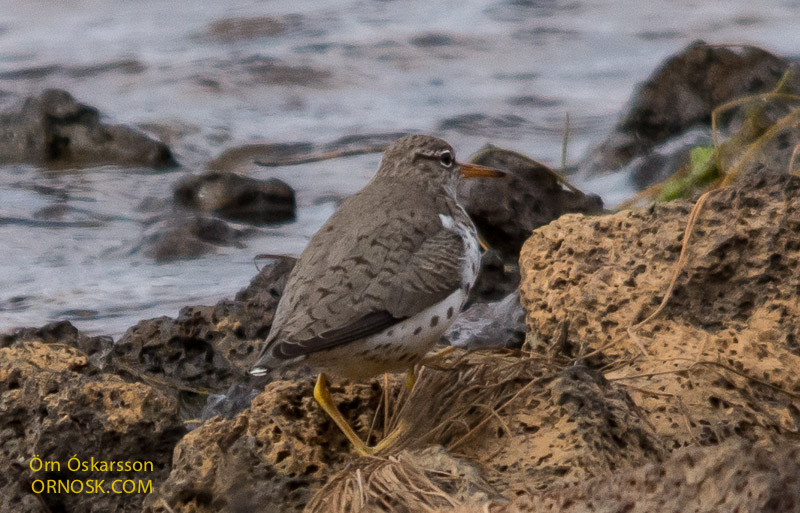 This is the 9th Spotted Sandpiper for Iceland and the first to be seen in 13 years. This Sandpiper is much smaller than the Redshank, similar in size to the Common Ringed Plover. It was the centre of attention for birders for about two days but has not been seen since.